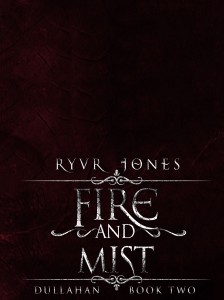 I’m planning to release this book in 2018. I’ll confirm the date and add a blurb as soon as can.

“Earth to Percival.” Nell waved a hand in the air. “Are you listening to me?”

“Forgive me. I got distracted for a moment.” By your ear. The truth was so ludicrous he almost laughed.

“Am I boring you?” She huffed and crossed her arms over her chest. “I can go away and leave you to rot in peace.”

“No.” The word passed his lips without his permission. He was used to being alone, but he didn’t want her to go away. He liked the sound of her voice, the sparkle that lived in her gaze. “Please, don’t go.”

Sympathy softened her expression. “I know how hard it is to be prisoner, to not know what will happen to you.” The pale blue of her eyes darkened and angry lines marred her face, her lips thinning into a flat, unforgiving line. “I’m sorry for the way my friends have treated you.”

“What do you mean, why?” She stood in a fluid, graceful movement, and threw her hands up. “You’ve come offering help, and they’ve left you chained to the floor, alone in the dark, for days.”

“They lit the candles,” he pointed out, confused by her vehemence.

“Don’t be obtuse, poet.” She put her hands on her hips. “They’ve treated you like a…a thing, and—”

“That’s what I am,” he spat. “A thing.” Regret and repugnance at what he’d become lodged in his throat, making his voice rough. “Your friends have done nothing wrong. They cannot trust me. What would you have them do?”

Nell walked the distance that separated them and crouched in front of him, putting their faces at the same level. “You’re not a thing,” she said softly, and touched his hand.

Percival closed his eyes. No one had touched him in centuries, and her skin was so soft, her hand so warm. He was always cold, cold to the marrow of his bones, due to the spell he’d used to stave off the decay of his body. Nothing ever seemed to warm him after that.

Until Nell touched him. Her heat suffused his skin on that spot and he went very, very still, afraid any movement would make her recoil.

“I can feel the light in your soul.” She gently squeezed his fingers. “Rotten as it may be, there’s no evil in you. You’re not a thing.”

It couldn’t be true. He wanted to believe her, but how could she sense light in him, when all he felt was putrefaction, slowly rotting away not only his body, but everything he was? He opened his eyes. “How can you stand to touch me?”

“It’s not easy, I won’t lie.” Her lips curled in a lopsided smile and she wrinkled her nose. “Mostly because of the stench.” Sadness flickered in her gaze. “But I do know what’s like to be alone in the dark, forgotten.”

How? He wanted to ask, to know what had happened to her, but he knew he didn’t have the right. “I’m used to it.” It was the truth, even though he didn’t enjoy being alone. Lonely.

“You shouldn’t have to.” Her face hardened. “I’m going to talk to my friends, and they’re going to set you free.”

“I don’t understand.” He truly didn’t. Any of it. Why she cared. Why was she angry with her friends, why she wanted to free him. It made no sense. He’d played a vital role in the Blind One’s plans. Unintentionally, and mostly due to his own stupidity, but he’d helped nevertheless.

Unable to formulate a coherent response, he nodded. His brain was focused on the skin she’d touched, on the vestiges of her warmth. As she walked away, Percival realized he’d have given anything to have her touch back.