Caeron’s story. You’ll meet him in Shadow and Bones.

Unedited Teaser – From Shadow and Bones 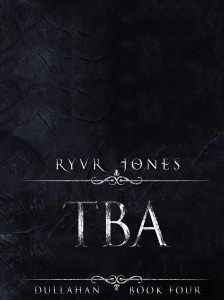 Caeron looked exactly as Rhys remembered. Brown hair and dark blue eyes, his tall frame dressed in an aviator jacket and faded jeans. His combat boots didn’t make any noise as he walked, almost as stealthy as Rhys.

Rhys wondered if Tarani would think their visitor was handsome, and swallowed a growl. Get you shit together, dickhead.

Caeron stopped in front of them, crossing his arms and widening his stance. Rhys fought the urge to hide Tarani behind him. Caeron wouldn’t be a danger to her, but he didn’t want to discuss her presence. Least of all with Caeron.

“There was no reason to.” Anger flashed in Caeron’s eyes, but Rhys ignored it. “There’s one now, I gather.”

“You tell me.” Caeron shoved his hands in his jeans’ pockets. “You came to my turf without letting me know you were coming, but you knew I’d be aware of your visit. You can’t be surprised by my presence here. So, let’s cut the crap. What’s up?” He eyed Tarani briefly, curiosity in his eyes.

Fucking shit. Caeron had always been able to get under his skin. Get this over with. Fast. “Seersha sent me. She persuaded me to take a job.”

“I can imagine how happy you are.” Caeron laughed. He knew Seersha almost as well as Rhys did, and was definitely familiar with her persuasion tactics. “Need help?”

The offer gave Rhys pause. They had been close a long time ago, until Rhys had decided to cut ties, despite Caeron’s protests. Since then, they rarely had contact with one another, and Rhys didn’t want to open that door again. “I think I can handle it. I appreciate the offer, though.”

“If you change your mind, you know where to find me.” Caeron shrugged. “Things tend to get boring over there, I’d welcome some distraction.” He turned and started back to the gates, tossing over his shoulder, “Be careful if you stay the night. There are rumors this place is haunted.”

Rhys snorted and Caeron kept walking, rising a hand above his head and saluting with two fingers.

As soon as Caeron disappeared from sight, Tarani broke the silence. “What’s so funny about the rumors that this place is haunted? It doesn’t seem funny to me.”

Shit. Rhys didn’t want to lie, but he wasn’t sure yet that she wasn’t human. On the other hand, he’d promised he wouldn’t be an asshole, and he intended to keep the promise to the best of his abilities.

“I can only tell you half of the truth,” he said and she nodded. “Caeron is Tarmanagh’s gravedigger. It’s kind of a running joke between us, how the gravediggers aren’t scared of ghosts.”

“Because you’re used to dealing with death?”

Because the ghosts are the ones scared of us.